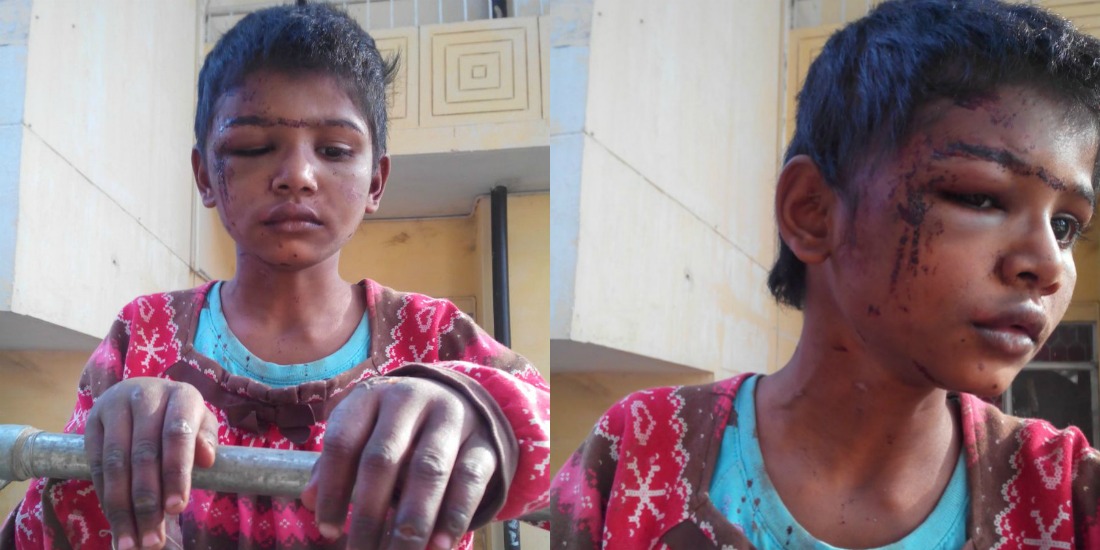 Pakistan is a country where news comes easy but at a price, a price that mostly ends the secrecy of the many vices that happen on a day to day basis. An extremely heart and gut-wrenching news surfaced social media forums the other day, ten-year-old Tayyaba was beaten and abused by an influential session judge in Islamabad.

The worst part about the whole incident was the reason the little girl had to suffer the harsh atrocities of an ‘educated’ and ‘respected’ family of our society.

Ever since the news broke out on social media forums, it was condemned and spoken against by human rights activists and common Pakistanis. The hype of the case led to a detailed scrutiny behind who was involved and what exactly had happened. One must also highlight social media comedian and activist Junaid Akram for the part he played in giving exposure to the case and the girl’s recovery.

The girl has been recovered by the authorities. Thank you everyone for your help. You guys are amazing 🙂 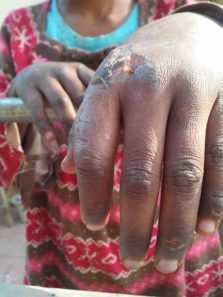 “Update: The 10-year-old Tayyaba about whom some friends and I posted about last night was safely recovered by the Police this morning from the House of the Sitting Sessions Judge Raja Khurram Ali Khan. The wife of the Judge admitted to the Police that Tayyaba had been their employee but denied having physically abused her and had no explanation for the torture marks on her body. But most important the wife told the Police that Tayyaba did not get to them through her Parents but through a lady who provides child labor to big posh houses in Islamabad and gets a commission for their job placement. Tayyaba informed the Police that she has not seen her parents in two years and due to severe mental pressure is silent about her injuries right now and not opening up to the Police.

This is not an isolated case of child labor or abuse but part of an entire racket of Child Trafficking. The woman in question who provide these children has still not been arrested. Tayyaba’s statement has been recorded and she is being sent to the Crisis Centre which functions under the Ministry of Human Rights. No FIR has been registered in the matter so far against anyone. We need to ensure that no one is let off easy and Police presses charges for Child Labour, Child Abuse and Child Trafficking against all those involved. I will keep everyone posted on the developments of this case and what action Police takes. I have also brought the matter to the Notice of Dr. Farzana Bari one of the four Children Commissioners for Pakistan working under the Federal Ombudsman. She is also pursuing the matter now.”

It seems that Tayyaba is finally out of the clutches of the wretched session judge and his wife, but the case proves the fact that bonded slavery, selling of children and forced child labor still exist in Pakistan. Concerned authorities need to take care of the particular case and bring the culprits to the court of law, however, it seems that this time the culprit himself belongs to the court.

The upholders of law are now breaking it themselves. Let’s raise our voice against this act of brutality and make it clear that there is no room for such acts in Pakistan.

Here’s How Single People Feel When Their Friends Are Getting Married!
Arshad Khan Just Did A HOT Photo Shoot And People Can’t Stop Talking About It!
To Top