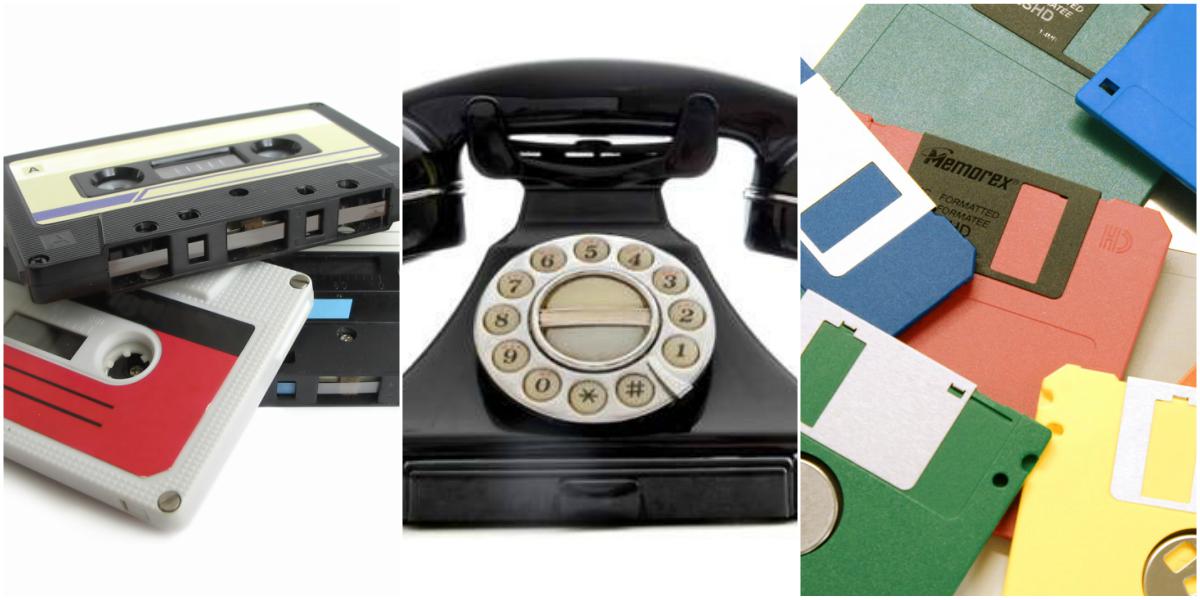 Childhood memories are always memorable and very dear to everyone. However if you’re someone who was born back in the 90s, your memories must be extra special. That was a time of tranquility and serenity. No WiFi, no smart phones, no gadgets. People actually had time for themselves and their families and friends. For all those who were born in the 90s, let’s take a trip down the memory lane and remember those little things that recent generation’s kids can never relate to:

1. Those Huge Phone Sets That Took Ages To Dial:

Do you remember those enormous phone sets that had a huge dial on them and it took us ages to dial a number on them. Our misery didn’t just end there, it also had those long cord that would twist up and it took us forever to untie it.

2. Cleaning The VCR Was Always An Issue:

Movie night was always the best when we got to bring home a cassette and play it on our VCRs. However, the not-so-fun part was it’s cleaning process. Remember that long duster with furs on it and how we used to push that in the VCR for as far as we could to clean the dusty areas. Life before blowers to clean equipment wasn’t that easy, trust me!

Before you could even start using your internet back in the 90s, you had to inform everyone at home to not use the phone for a while and you would connect the wire then to your PC. The tone we heard while the internet was being connected was almost music to our ears.

5. When We Found Money In Real Chips:

That glorious moment when we opened the packet of Real Chips and there was surprise money in it. Those 1 or 5 rupee note made our entire day.

Floppy disk was the bad boy of the 90s. Storing information on a hard drive was always an issue. That’s when Floppy disks came in handy! Even though we could save almost next to nothing in these drives, yet we used them when we needed to.

7. Adjusting Those Dishes And Antennas Before Our Shows:

Whenever our favorite shows were going to be on air we made sure that our antennas and dishes were adjusted. If not, we used to miss the show and had to wait till the repeat transmission.

Our favorite hobby was to make and collect albums out of the wrappers collected out of Dino’s chewing gums. ‘Hum aur humari choti choti khuhsyan.’

9. Fixing Cassettes Of Tape Recorders Through A Pen:

The most memorable trick was to fix the cassettes through adjusting a pen between them to recoil. Other than that another trick was to hit them hard enough on your hand again and again. Boom! It starts working fine again.

10. The Absolute Mystery Of Who’s Calling On Your Phone:

It was a time period where there wasn’t any CLI. You had to wait for the speaker to tell you their name and if a stalker has your number, I’m afraid you were doomed.

These were a few struggles and memories a 90s kid would never get over. Let us know in comments, if you remember anything that we missed about your childhood of the 90s.

This Pakistani Website Is Giving A New Meaning To Online Shopping Without Any Hassle!
This Mother’s Day #MakeMomFeelSpecial with foodpanda
To Top