10 Reasons Why Pepsi Battle of the Bands Finale Is UNFORGETTABLE!

What. A. Finale. What a finale, seriously guys! It’s a monumental pleasure to witness Pepsi Battle of the Bands taking new heights after making a return after 15 years.

We marked our calendars for a full dose of entertainment every Sunday presented by Pepsi Battle of the Bands. We have made fond memories throughout the show and the finale itself is unforgettable. 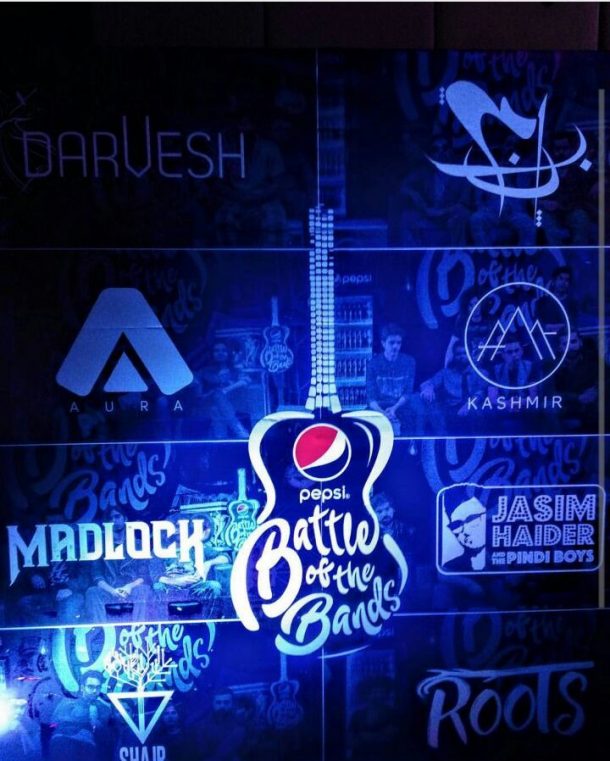 The winner is entitled to PKR 5 million cash prize, while the runner-up gets PKR 2.5 million. Both have opportunities to record albums and perform live in concerts all across Pakistan with Pepsi’s support. SIMPLY WOW!

Now it’s time to talk about certain moments in Pepsi Battle of the Bands finale we are certainly going gaga about!

10. The surprising entry of Ali Azmat

A good number of stars made great appearances all through the show. How could you miss Ali Azmat?

9. Josh came all the way from Canada to make sure it remains memorable

This bunch lit the crowd with their signature Bhangra and we loved it.

8. Shahi Hassan’s pulled those nostalgic strings in us and we are still not over it

Shahi performed the classic, “Namumkin” by Vital Signs and it created a nostalgia we couldn’t control. He even mentioned how dear this song was. Besides, it was interesting to see Daud Ramay from Roots on drums.

7. Meesha Shafi certainly blew us away with her energy on “Speaker Phaar”

A finale and a whole new single by our very beloved Meesha! Only and only you can expect from a show like Pepsi Battle of the Bands.

6. Badnaam pulled a signature best performance out of their sleeve

MY GOD, BADNAAM! Where did that come from?

5. Kashmir also performed on the stage for one last time

4. Aaroh joined the evening too!

The winning band from last time paid an emotional tribute to the late Haider Hashmi with “Na Kaho”.

3. How could we have it without Atif Aslam performing? He truly left us spellbound with this one

The final verdict was worth the wait because we had Atif Aslam performing “Pak Watan” on stage.

2. Once again EP took the stage and made us jump off our seats!

Fawad Khan headbanging… EP didn’t look different at all. They looked the same as they rocked the stage every time in the past. Exclusive performance on the mega-hit “Hamesha” – it was a tear-jerker!

1. Witnessing the moment Kashmir were announced winners with “Kaghaz Ka Jahaz” being played in the background was unreal

To present the award to Kashmir, we had Farooq Ahmed and Furqan Ahmed Syed, Vice President and General Manager of PepsiCo Pakistan. Heartiest congratulations to winners Kashmir!

All the great luck to runners-up Badnaam. There was so much more to the episode. The epic banter between Atif and Ali, the exclusive rundown of our finalists’ journeys and yes, we got to meet and hear from their families too. Catch this and a lot more in the action-packed Grand Finale of Pepsi Battle of the Bands here:

It’s the triumph of music in Pakistan. Pepsi Battle of the Bands managed to uncover and bring the hidden talent to the mainstream surface. Every band’s journey has begun and through this platform, we shall see a revival of band-culture in Pakistan.