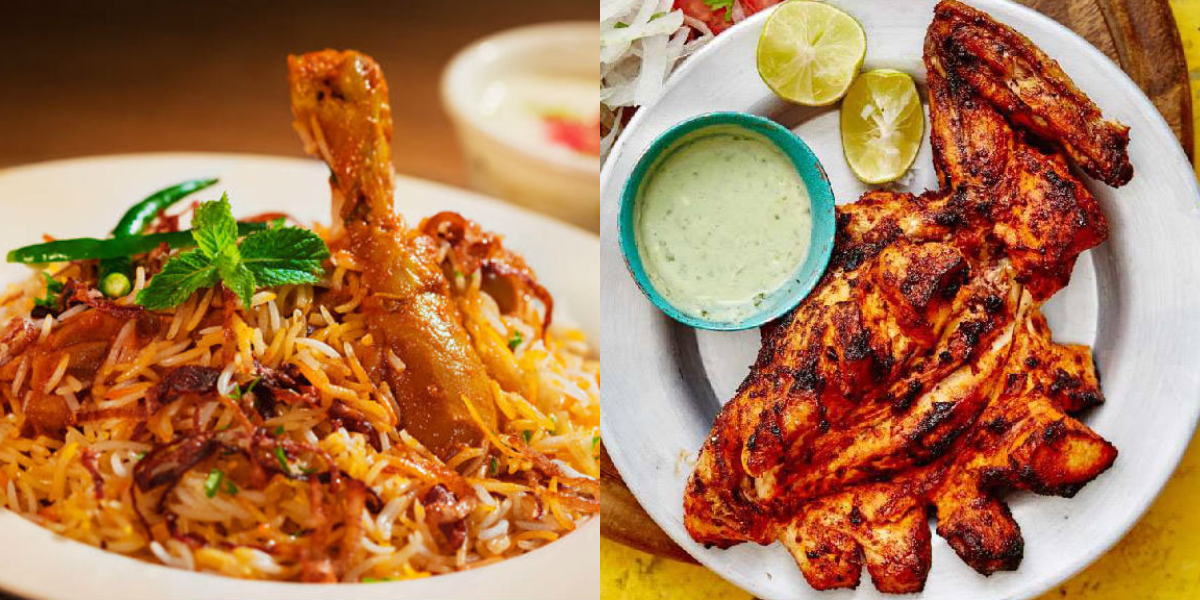 It is an established fact that humans cannot live without food; hence, every culture, nation and race has its different variety of dishes. Pakistan being a multi-ethnic nation has an assortment in its dishes. The country is replete with sumptuous foods and delicious dishes.

Pakistan was once a part of India, which in the past, was governed by Mughals, Khiljis, Turks and British; therefore, it has diversity in its food. The people of the country can cook dishes that can hardly be witnessed at any other place around the globe.

Let’s have a look at popular Pakistani dishes. 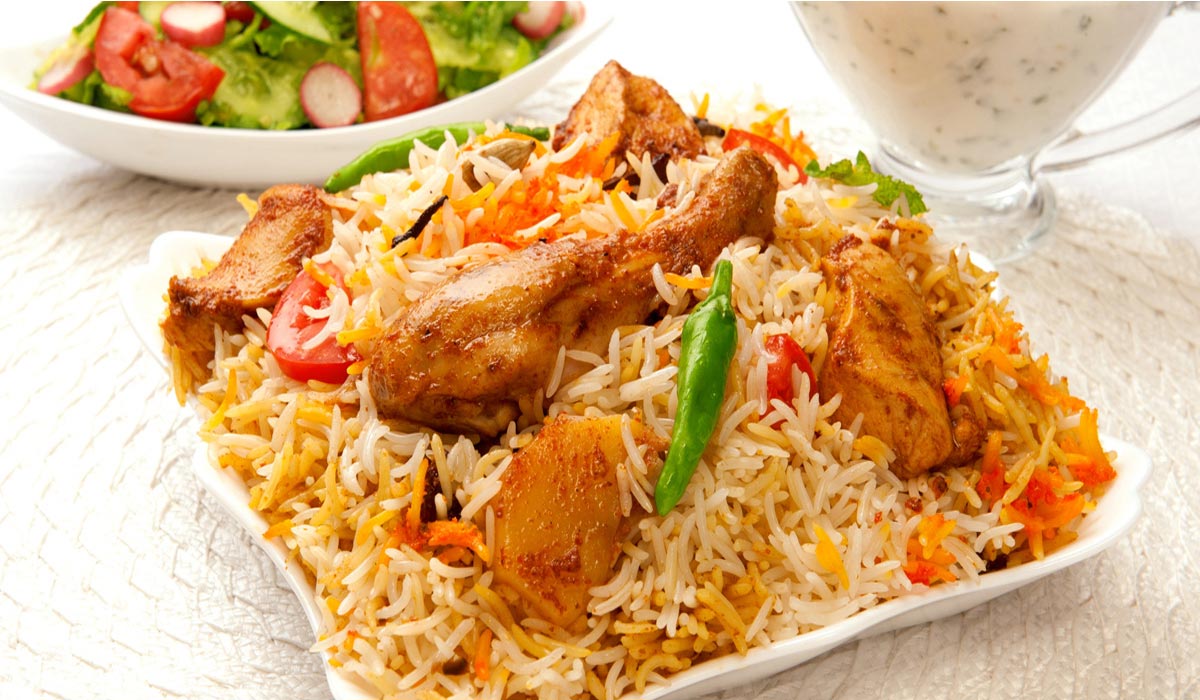 Biryani is one of the most famous dishes in Pakistan.  It is the potpourri of rice, chicken or any kind of meat and various spices.  This delicious dish has its roots in Indian Subcontinent. However, it is also cooked in various other parts of the world, such as Middle-east, Burma, Afghanistan, Indonesia and Thailand with a different name.

Ingredients in Biryani differ as per the area and the kind of meat used in it. Meat is the cardinal part of biryani whether it is chicken, beef, mutton, fish or prawns. Some people also use potato and eggs in the biryani to make it more palatable. Spices, such as pepper, cardamom and cloves are the prime ingredients of Biryani. Besides, condiments include, onions, lemons, ginger, tomatoes, mint. coriander and cinnamon and garlic. The biryani is often yellowish in colour and is served with salad and Raita. 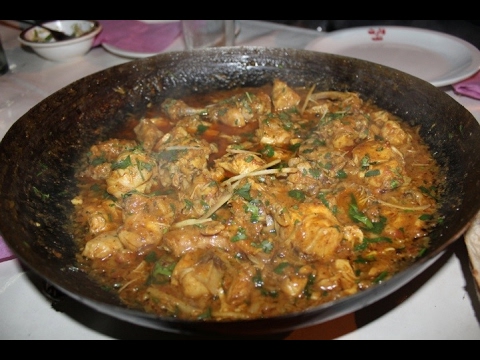 Karahi is as famous in Pakistan as pizza in Italy and fish rice in Bangladesh.  Basically, karahi was originated in the Indian subcontinent and it got its name from a cooking pot. Casseroles made in karahi include Shinwari karahi, chicken karahi, mutton, karahi, white karahi and onion karahi.

Karahi is mainly cooked in tomatoes and chillies without tomatoes karahi, is incomplete. Tomatoes, chillies, pepper, garlic, onion and other various spices are the significant part of a karahi. The recipe is cooked in a karahi (steel bowl). It takes between 40 to 55 minutes to cook this delicious dish. It is served with, salad, Raita, Nan and Chapati. 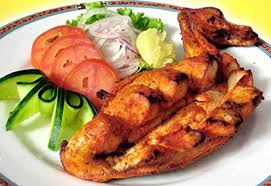 It is one of the most favourite meals in Pakistan because of its taste and nutritional advantages. The breast or leg piece of a chicken is dipped into a paste made with several spices and then it is baked or gilled.

The appetising dish is served with a Nan, chapati and sauce made with tamarind and a plate of salad. 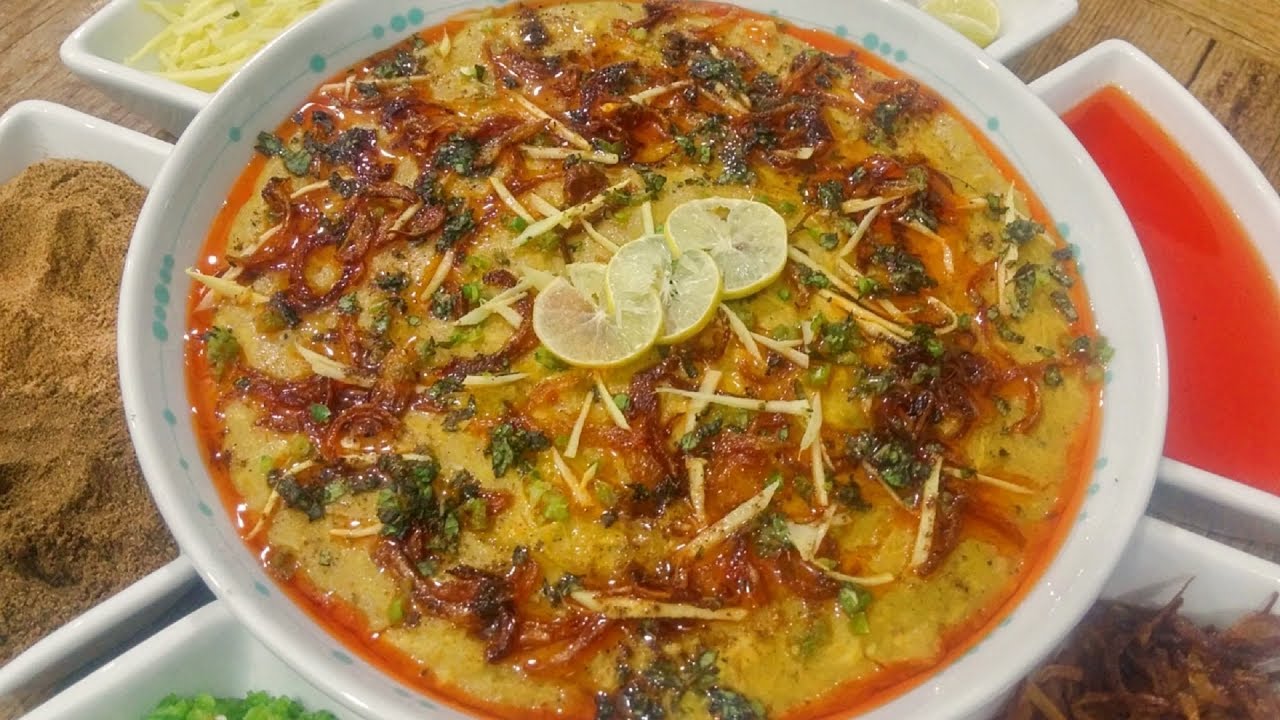 Haleem is famous in Central Asian Republics, India, Pakistan, Bangladesh, the Middle East and Iran. The delicious dish is made up of Barley, wheat meat-minced, goat meat, lamb meat, chicken or beef meat-, various lentils and spices. It takes more than eight hours to cook a haleem.

It is served with, dried ginger, fried onions and raw green chilli. People usually eat it with a Nan, however, one can eat it with rice too. 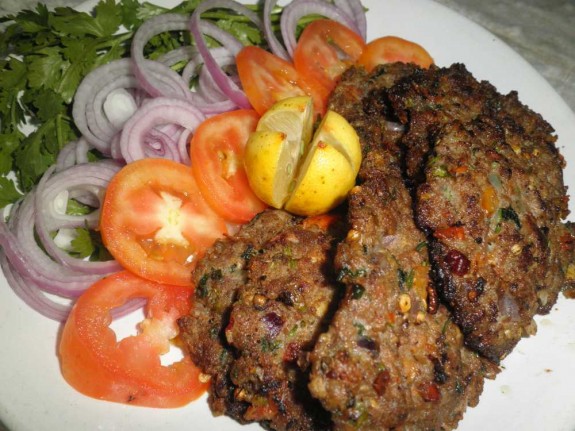 Chapli Kabab mainly originated in Peshawar, Pakistan and is a dish of Pashtuns that is why it is also called Peshawari kabab. It is popular in all around the Pakistan, India, Afghanistan and Bangladesh

It is usually prepared with minced beef or goat meat along with multiple spices. The minced meat is marinated in wheat flour, spices, coriander, eggs, chillies, tomato and ginger paste. Ingredients depend from region to region. Few people add black pepper, lemon, juice, baking powder and pomegranate seed to make it tastier. It is served with Raw onions and a Nan. 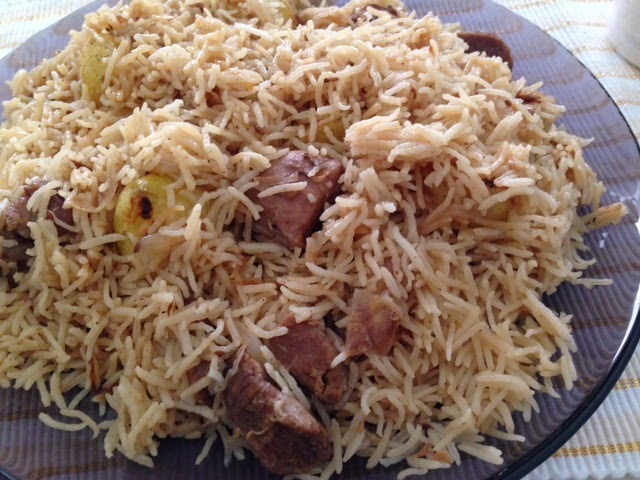 Palao is one of the most popular and delicious dishes of Pakistan. It originates from the Muslim world, mainly Turkey and the Middle East, during the Khilafat era. In the Arab world, it is known as Pilaf; in Turkey, it is called “sade pilav”. However, Pakistanis make one of the best Palao around the globe.

The main ingredients are Basmati rice, Meat (beef, goat or lamb meat)and multifarious spices and condiments. The Basmati rice is boiled to make it starch free and then the meat is added to the rise with the addition of cardamom, cinnamon and onions. Many people add saffron and various vegetables in the palao to make it more palatable and the recipe differs from country to country. It is served with Yogurt. 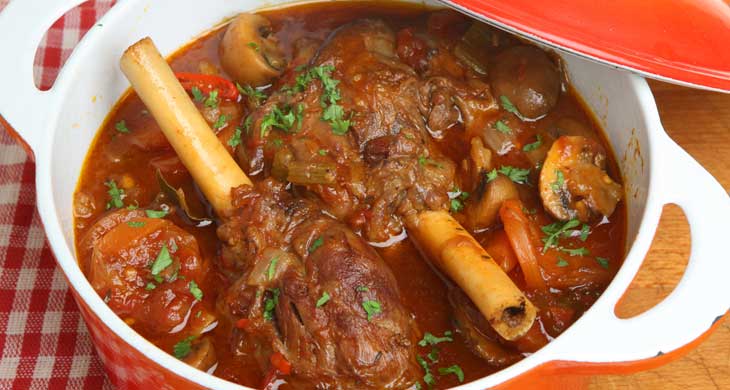 Paya is the dish of the Muslim world and was introduced in the Indian subcontinent. It is mainly made with trotters of goat, sheep or a cow along with different spices. The dish is popular in Pakistan, India, Afghanistan and Bangladesh.

Basically, the soup of trotters is made with the amalgamation of onions, garlic, tomatoes and coriander. It is served with a salad and a Nan. It takes around 12 hours to make a delicious Paya dish. 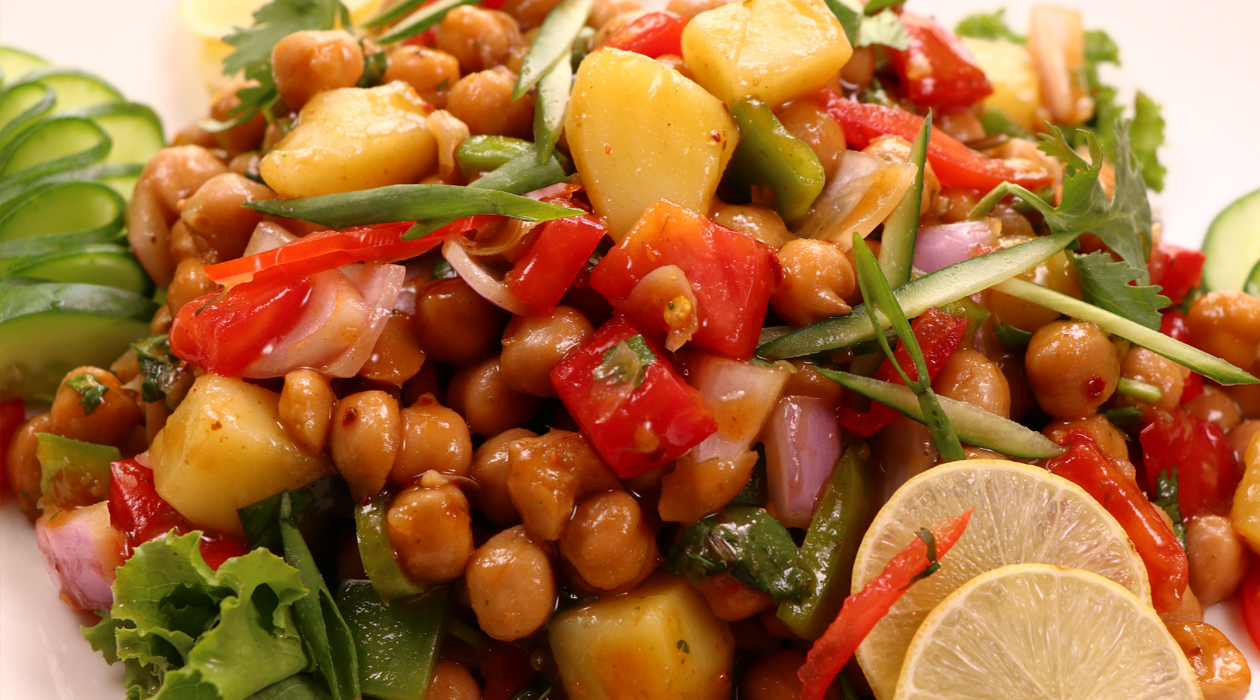 It is a kind of snacks that are famous in Pakistan, India, Bangladesh and Nepal. Usually, it is served along the roadside on carts and is extremely delicious. The chief ingredients of Channa Chaat are yoghurt, green chillies, cumin seeds, chickpeas and potatoes.

When it is cooked, raw onions, green chillies, coriander and mint leaves coupled with tamarind pulp are coated on the top of channa chaat. The best thing about channa chaat is, it is a vegetarian snack and is affordable for all and sundry. 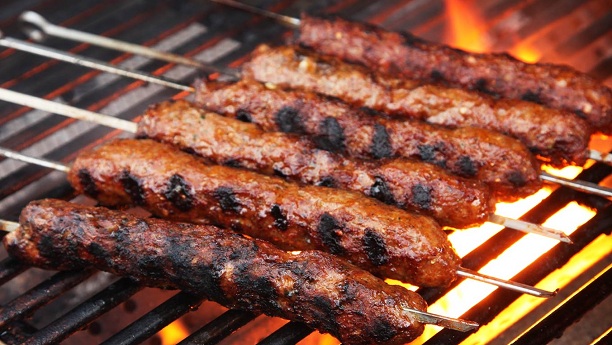 Seekh kabab was introduced in the Indian subcontinent during the Mughal era and today it is one of the most favourite dishes of Pakistan. It is prepared with minced, beef or goat meat.

The minced meat is mixed with spices and herbs then it is rolled around skewers in a cylindrical shape. It is cooked in a barbeque oven or in a tandoor and is served with raita and a Chapatti! 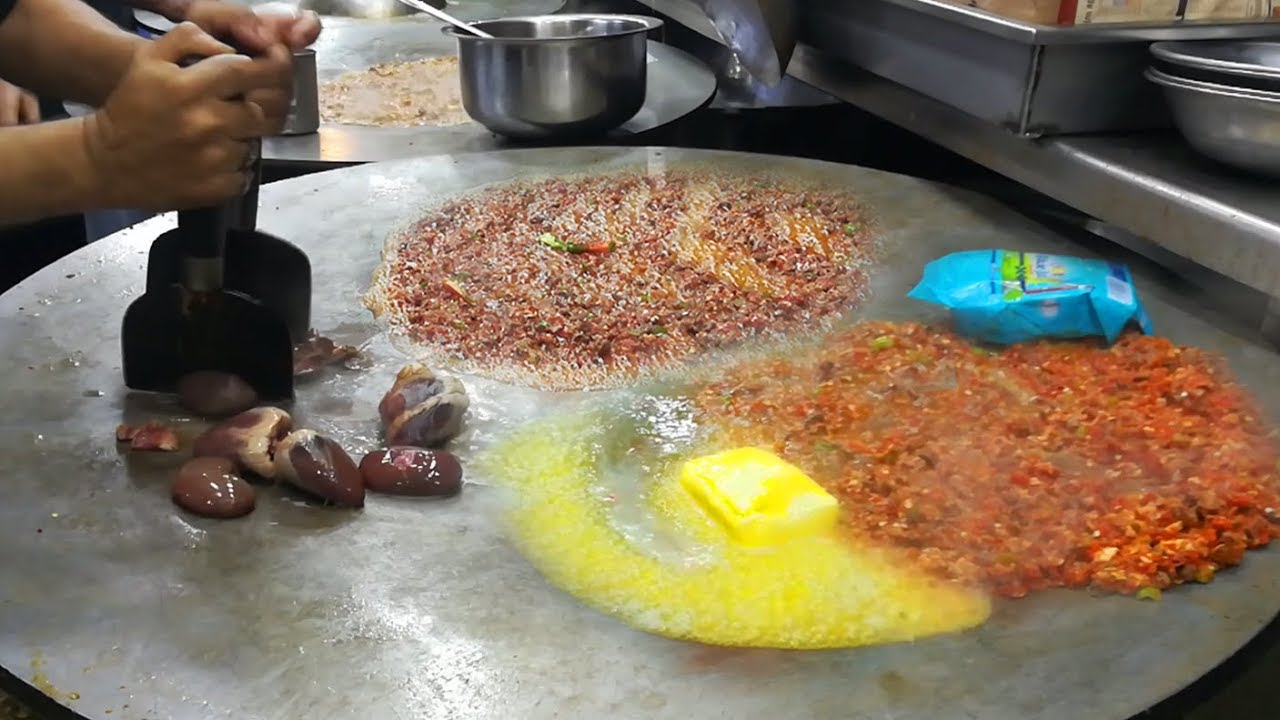 Kata Kat is also called a masculine and organ dish of Pakistan because it is made up of various organs of a goat or a lamb. The main ingredients are brain, testicles, heart, liver, kidney and lungs which are chopped on a frying pan with two sharp blades. After chopping the organs are fried into a butter or oil and is served with a Nan.

Pakistan has some of the best dishes in the world. Indeed, Pakistanis are lucky enough to have such savoury dishes.

Read Also: Most Expensive Food In The World

Here’s How Habib University Has Made An Innovation In Teaching Science and Engineering Over The Past Few Years!
Who Is The Promised ‘Azor Ahai’? Spoilers & Theories From Game Of Thrones Season 8, Ep 2.
To Top