10 Mind-Blowing Airports of The Future - Parhlo 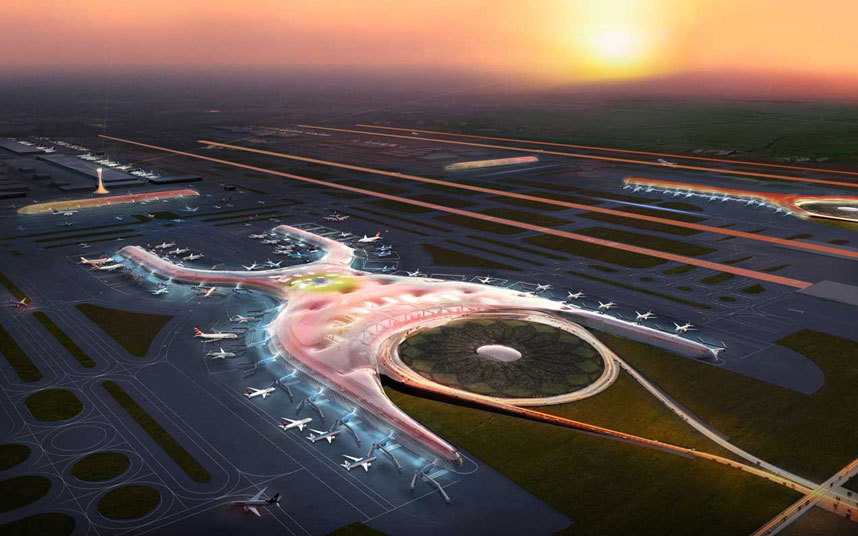 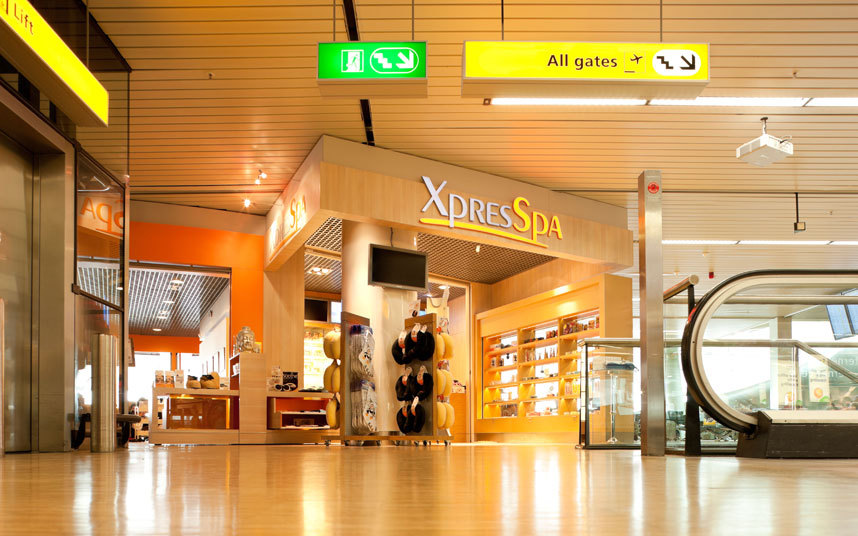 The redevelopment of the departure lounge 2 at the Amsterdam Airport Schiphol will divide it into seven theme worlds, dealing with specific experiences, from Fashion and lifestyle to Luxury to Travel and Culture and Modern Dutch. The airport will also feature an XpresSpa which will allow the passengers to relax and re-energize before boarding on to their flights. The renovation is likely to be completed by summer, this year. 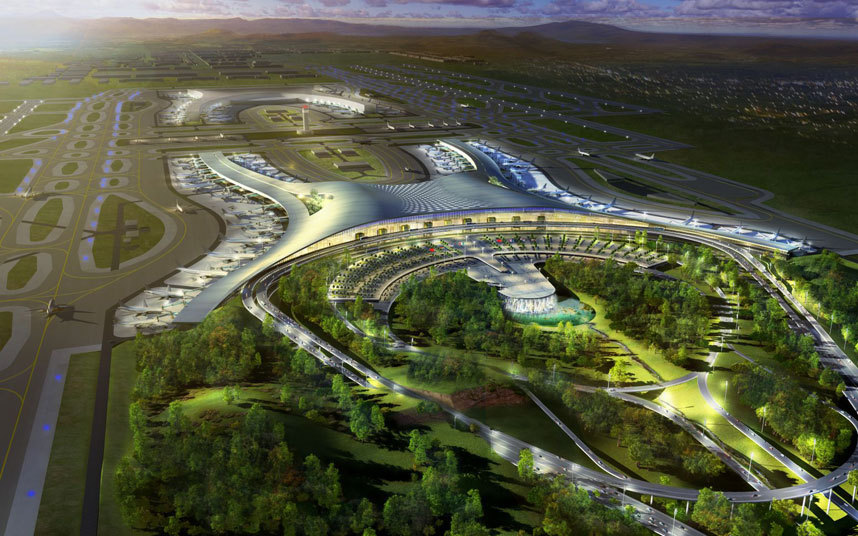 China has extended its main airport by introducing Terminal 3A at south west China. The airport is expected to open later this year, raising its capacity to over 45 million passengers by the year 2020.

One of the many cities in China that have boomed in recent years is Chongqing. The population of Chongqing has increased from about two million to more than six million in the past 25 years. However, this airport facilitates no direct flights from the United Kingdom. 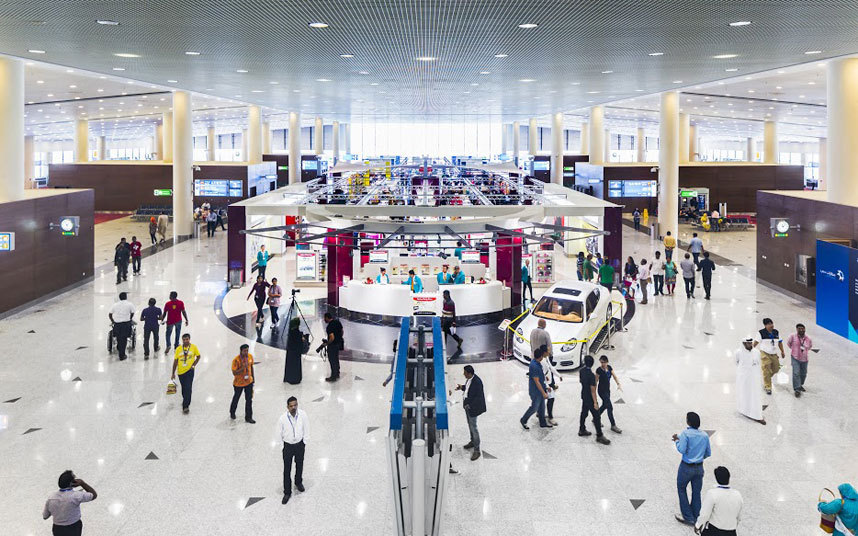 Recently, the plans of Al Maktoum International Airport Dubai’s expansion were announced. The AED 120bn ($32bn) project is expected to accommodate 120 million passengers per year. The new design will reduce the walking distances and the time spent on various airport protocols. This passenger friendly hub will allow passenger to travel more efficiently. 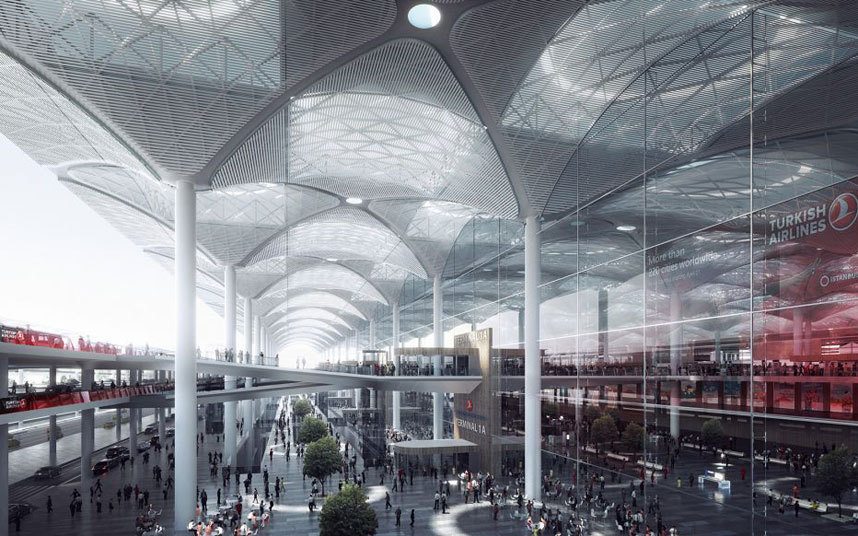 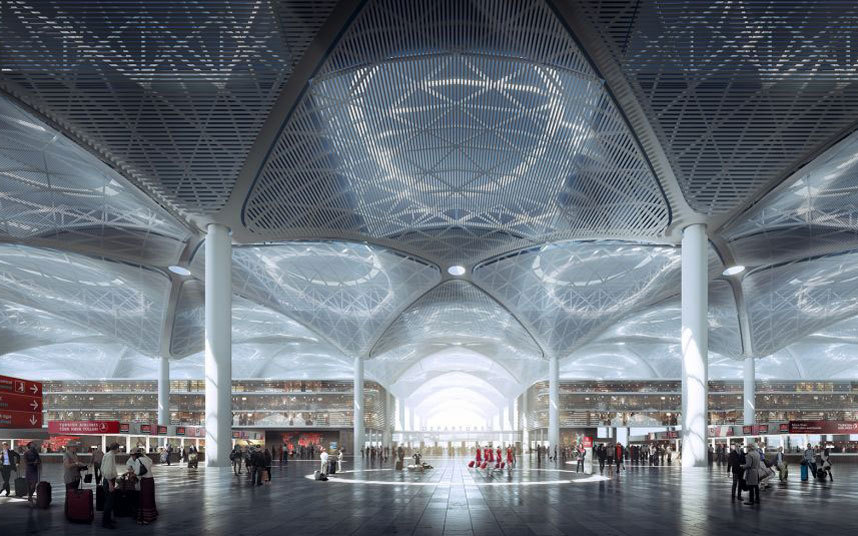 The new Mexico City international airport will be designed by Norman Foster, a famous British architect/ designer of the dome of Berlin’s Reichstag building. The airport is aimed to be the constructed as the world’s most sustainable airport, consuming minimum energy and offering efficient passenger experience with comparatively shorter walking distances. 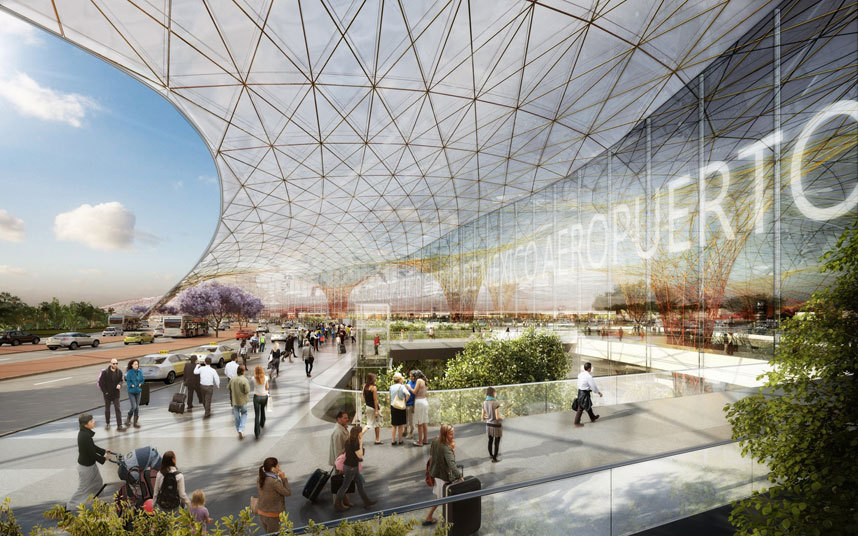 The new airport will be one of the largest airports in the world. It is expected to be completed in the year 2018. 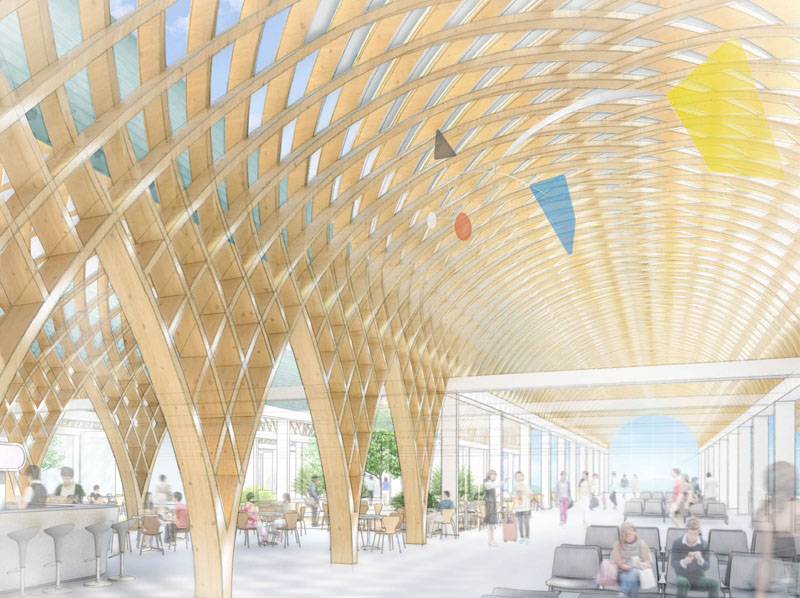 The design of Mount Fuji Shizuoka Airport features a leafy and airy space, paying respect to Japanese tea plantations, and arch shaped barrel roofing made from wood panels, formed in a lattice pattern. 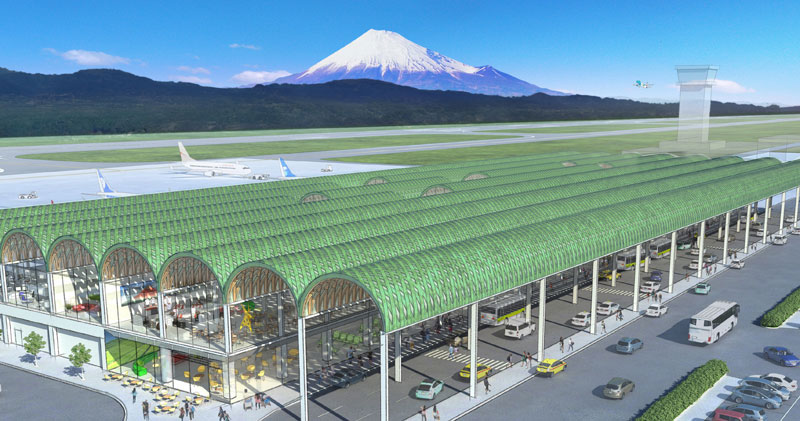 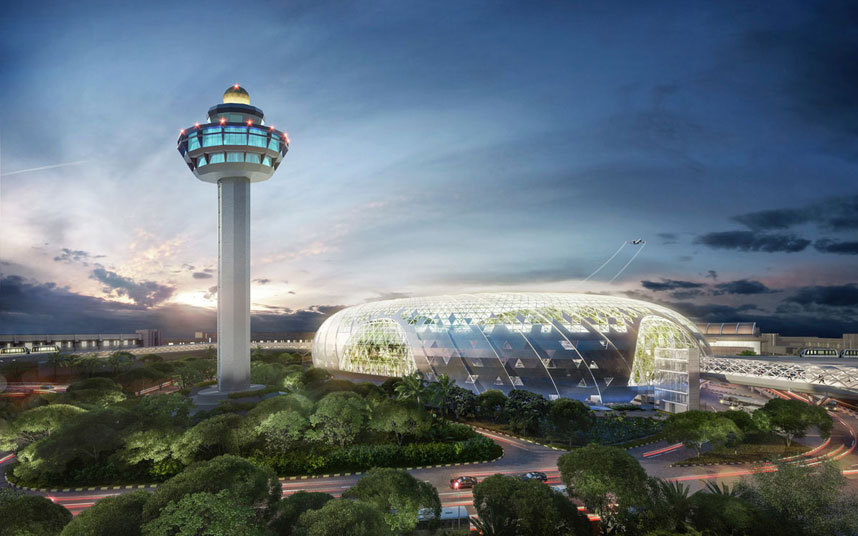 The renovation of Changi Airport, Singapore will continue this year with the construction of a new terminal named as the Jewel Changi. The building will be shaped as a giant doughnut. This glass and steel dome complex will be linking all the three existing terminals at the airport with glass walkways. 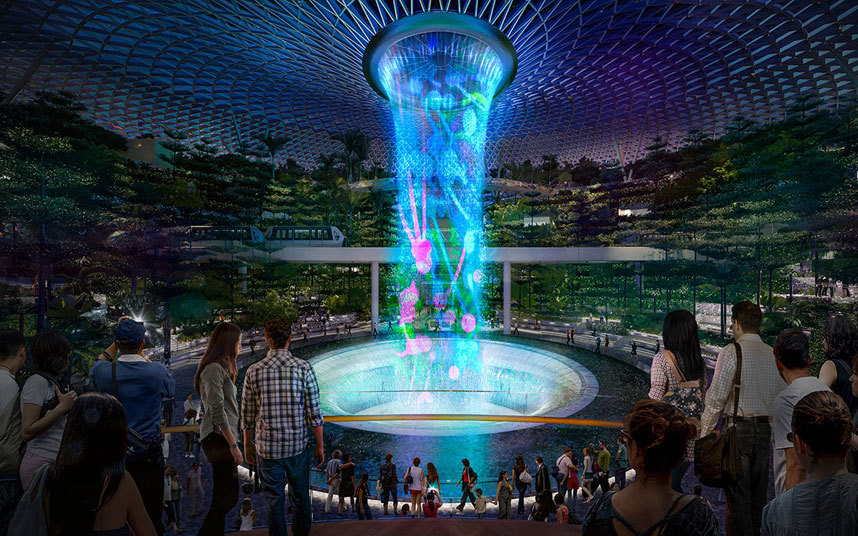 The terminal will also feature the world’s tallest indoor waterfall, the Rain Vortex which will be a home to the largest indoor plant collections of the world. The upper level will house Canopy Park, playgrounds, walking trails, 13000 square meters of gardens and dining venues. The project will take several years to get completed. 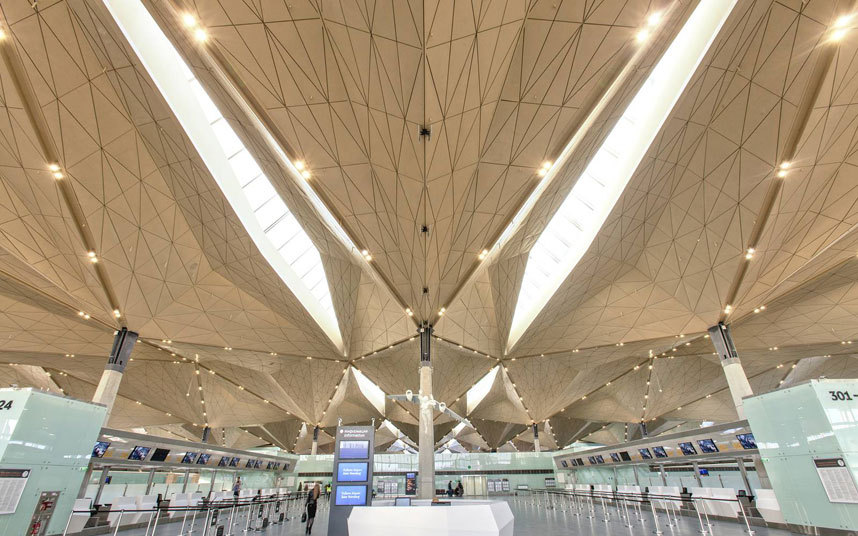 The new terminal of Pulkovo Airport, St Petersburg has been constructed by London based design group Grimshaw, while keeping in mind the extreme weather of the city. The first phase of the new terminal has recently completed. The second phase is expected to complete, this year. The new terminal will bring the airport’s capacity up t0 17 million passengers.