Ramadan is the most precious month of the Islamic Hijri calendar, and it is binding upon the Muslims to fast in this month. The last 10 nights constituting the third Ashra Of Ramadan are believed to be the most important opportunities for worship during the Islamic calendar. The first revelation of the Holy Quran was revealed to the Prophet Muhammad (PBUH) during the final 10 nights of Ramadan in 610 AD. Out of scores of virtues, the major 10 lessons of Ramadan teach and guide us to acquiring qualities befitting a true Muslim. Also, Lailatul Qadr (The Night of Power) lies in the 3rd Ashra of Ramadan. For the Muslims, this night is the best time to invoke Divine forgiveness and mercifulness.

The Superiority And Worth Of Third Ashra Of Ramadan

The rewards that a Muslim can reap in the blessed month of Ramadan are various. It is a time wherein the chance to commit a sin lessens since no barriers can exist between man and his Creator. The blessings of this holy month are countless. The last 10 nights are certainly the most auspicious ones in the entire Islamic year. There are lots of things associated with the last Ashra. The Holy Prophet (PBUH) said:

“It (Ramadan) is the month, whose beginning is mercy, its middle forgiveness, and its end emancipation from the fire (of hell).” 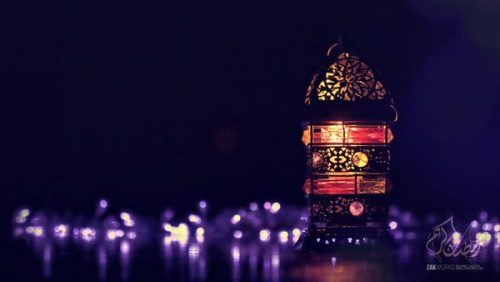 Elements That Impart Significance To The 3rd Ashra of Ramadan

The last ten days of Ramadan (3rd Ashra ) are most significant and superior to the early two Ashras. There are quite a few reasons that distinguish the last Ramadan Ashra from the second Ashra of Ramadan.

In the final Ashra, Lailatul Qadr falls which is better than the nights of thousand months. It is the night in which the first Verses of Holy Quran descended upon the Prophet (PBUH). Hence, this night carries utmost importance and is customarily believed to occur on the 27th Ramadan. Perhaps the very fact that the Night of Power is not definitively disclosed is an opportunity for us Muslims to keep striving. Besides, staying up late and worshiping during the other 9 final nights of Ramadan ensures immense spiritual rewards.

Many Muslims practice I’tekaaf in the final Ashra and endeavor to maximize their prayers and devotion. For men, this means residing in a mosque for the last ten days. The sole objective is to engage in the worship of Allah Almighty in solitude — free from the confines, constraints, and demands — of the material world. I’tekaaf is one of the only instances where Muslims are asked to spend time in prayer disconnected from the material world and is hence a brilliant opportunity for anyone wishing to amend broken connections.

Jum’atul Wida, the last Friday of Ramadan, essentially falls during the last Ashra. Friday is the most auspicious day for us Muslims, the last one bears a unique place in the holiest month. Jum’atul Wida has a special significance since it is a prelude to the departure of the holy month of Ramadan. Millions of fasting people offer Friday prayers at mosques. Special supplications are offered for the progress and prosperity of the nation and the unity of Muslim Ummah. Ulema, in their special sermons, highlights the importance of the holy month of Ramadan, fasting, I’tekaaf and Jum’atul Wida. 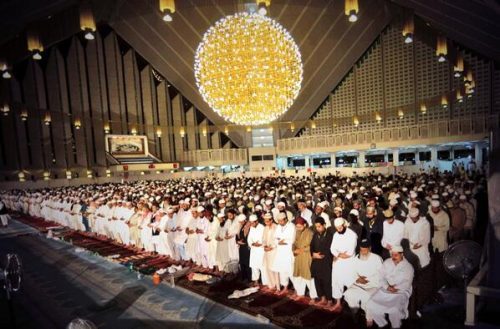 In the end, Ramadan is about seeking Refuge in Almighty Allah from Hellfire.

The dua for 3rd Ashra is:

Translation: “O Allah! Save me from the Hellfire.”

Worship all the ten nights

Try to worship the whole of the 10 nights or as many days you can manage. This is the best way to catch the unimaginable and incomprehensible rewards of  Lailatul Qadr.

The best way of catching the blessed month is to remain in I’tikaaf during the 3rd Ashra of Ramadan, which both men and women can do.

A perfect combination of Ramadan is fasting and Quran recitation. What we as Muslims can do in the last 10 days of Ramadan is to recite Quran abundantly. The recitation of Quran fetches great rewards and blessings for every single word.

Any good act such as charity during Ramadan is rewarded 70 times over. The recompense for doing the same act during Lailatul Qadr is like you have done it for over 83 years.

“Nothing will be heavier on the Day of Resurrection in the Scale of the believer than good manners. Allah hates one who utters foul or coarse language.” [Al-Tirmidhi]

So, we must aim to be the best in character during these blessed days and continue to do so for the rest of the year. We should not argue, swear, backbite, slander or gossip and must remain astray from other wicked deeds.

We must make an unwavering intention during these blessed 10 nights by staying aloof from all kinds of misdeeds. Further, we should vow of not taking part in idle talk, watching TV, playing computer games or spending time on social media. Frankly speaking, there are 355 days in the year for all that, if you really cannot resist.

Staying Disciplined And Punctual: Following The True Spirit Of Ramadan 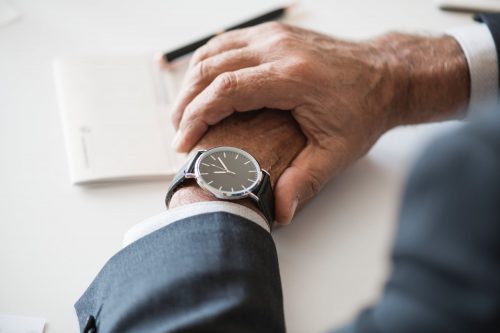 Make arrangements to finish off as many of your pending tasks as possible or chalk out a plan for tackling them later. This way, we are free to worship during the 10 nights without being distracted by worldly chores.

We should make the necessary changes to improve ourselves as Muslims. And, what better time to bring about such changes than during these blessed 10 nights where we can transform our lives forever. All in all, we should endeavor to keep up the true spirit of Ramadan for which the last Ashra is deemed an ideal time.

It has been declared that a virtuous deed done in the holy month of Ramadan carries 70 times more reward than a routine day. Through nobility, truthfulness, honesty, and steadfastness in belief, we can draw huge benefits. Put the effort in throughout each of the 10 final nights of Ramadan. Don’t wait until the night of 27th Ramadan to give it everything.

Although the last 10 days of Ramadan might be tiring, try to stay focused. Renew your intentions, remember how great the blessings and spiritual rewards are on these 10 holy nights. Just think of the divine forgiveness you will receive. We all trust Allah and so, shouldn’t let any doubt or selfish thought tarnish our mind during worship.