Karachi, spread over 3,527 km² and with a population of 25 Million, is Pakistan’s largest and world’s 2nd most populous city. Karachi is the city of lights that never sleeps and it has always been a great attraction to the tourists for the variety of activities and tourist spots that it has to offer. Karachi is as renowned for its beaches and dining as it is for its architecture and atmosphere.

If you are visiting Karachi for the first time it is the best place to start with. Seaview or Clifton beach is the main attraction of Karachi city. This beach once held the record of the most famous silver sand beach but the sand got affected by an incident of oil spill in 2003. But it still holds its charm that is worth a watch. Tourists and families visit the beach 24/7. Camel and horse riding, dirt-bikes, surfing and parks are the reason too that Seaview is always crowded. 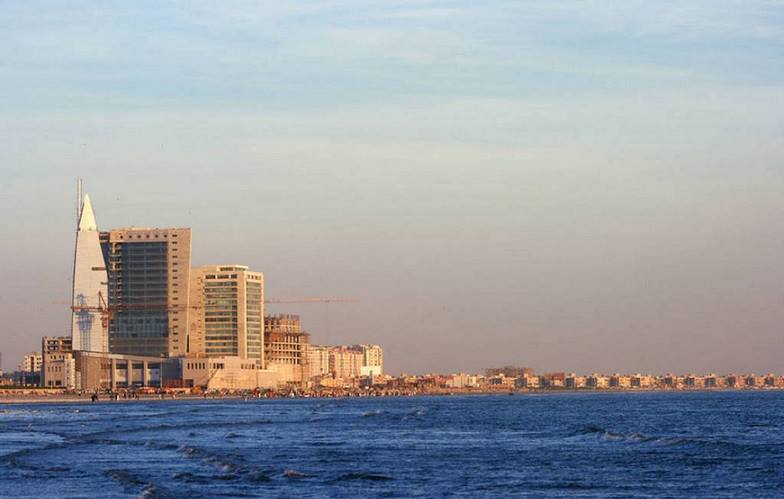 Also known as National Mausoleum. It is the resting Place of the Founder of Pakistan Mohammad Ali Jinnah. This tomb is among the most popular destinations for the foreigners as well as the locals. The tomb usually remains calm and peaceful. It was designed by a great architect Yahya Merchant and built with white marbles. This masterpiece was completed in late 1960s. Mazar e Quaid is located in the heart of the city on small hill and very well famous for its design, atmosphere along with some lush green gardens. 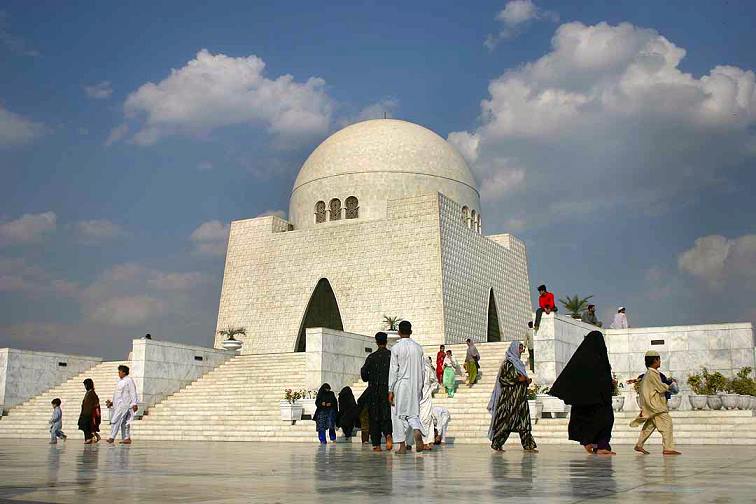 The Mohatta palace is a great place to visit if you are interested in the history. It was built by Shivratan Chandraratan Mohatta who lived in this palace for 2 decades and then left for India after independence. This Place covers an area of 18,500 sq. ft. It has luxurious rooms and 9 dorms. This palace is close to the sea and there is a secret underground tunnel for the safety that leads to a Hindu temple that is just a kilometer away. Now this palace is a museum that exhibits treasures and other collections. The whole Palace is full of airy gardens. 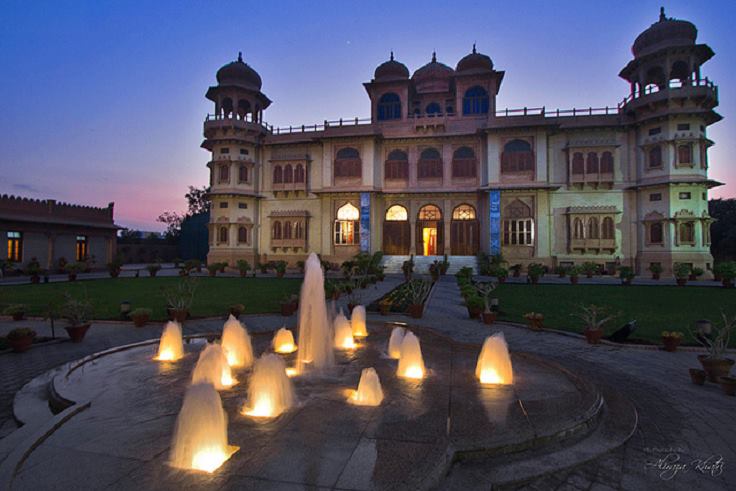 Charna Island is a small island around 6 to 7 kilometers away from Karachi in the Arabian Sea. Charna is a giant piece of rock in the middle of the sea covering the area of around 1.5 km sq. The main attractions of this island are Scuba diving, Cliff diving, Jet skiing and Snorkeling. So if you want to boost up your adrenaline, you must visit this island. This Island also used by the Pakistan Navy as a shooting range. Fishermen come near this island for fishing as there is vast species of Lobsters, carbs and other fishes. The underwater world near this island had plenty of species that really allure the divers. 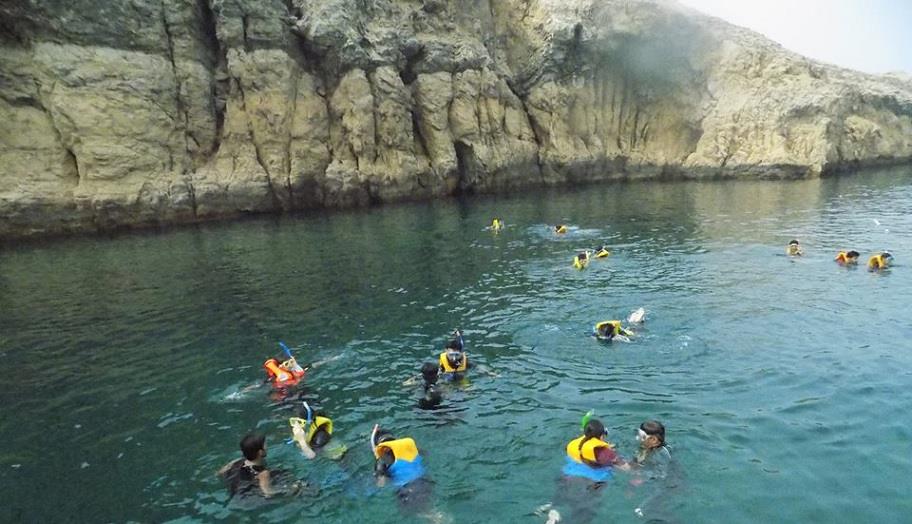 Talking of good food, Kolachi is a famous restaurant in Karachi that has great food to offer and some breath taking views; both the ambiance and food is good enough to leave you with a memorable experience. It is located in Defense housing authority. The menu choices offered are terrific and it serves a variety of cuisines such as Delicious Bar B.Q, Continental, Italian, Chinese, Seafood and Pakistani. The Price range for 3 course meal for 2 people is 40-60$. The service is friendly and the environment is quiet and peaceful. 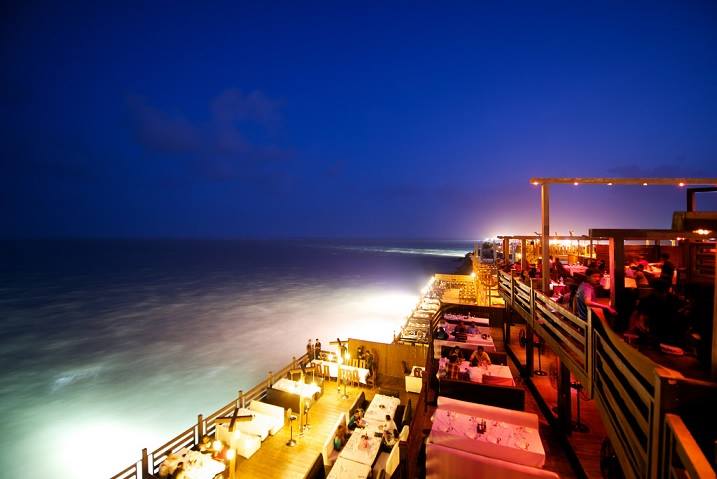 Port Grand is the entertainment hub of Karachi. Due to its vast variety of food and the cinemas it is so tempting and irresistible. It has a one kilometer bridge that is transformed into a food street and other stalls. If you want to try some real Pakistani food, you must visit this place. The price range is affordable and it will cost you 4-5$ (Rs. 300-400) for a full belly meal. It is also a cheap shopping hub with a vast collection of wearables for both men and women. 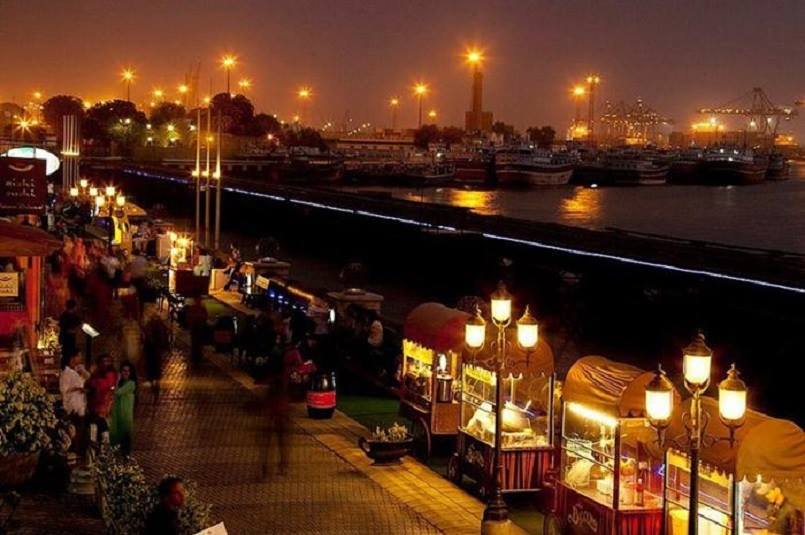 Karachi zoo was established in 1878. It is also known as Mahatma Gandhi Garden and Karachi Zoological Gardens. Since then most of the animals were imported from other countries and also collected from different parts of Pakistan. It has a beautiful lake for Swans, Ducks, Crocodiles and Alligators. The views are soothing to heart and if you by chance forget your camera, don’t worry as there are plenty of professional photographers that provide you with some best clicks in very low prices. There is also a Mughal garden in the zoo known for its greenery and flower beds. Many movie scenes are filmed here. They also have white lions that were bought in 2012 for breeding purposes. 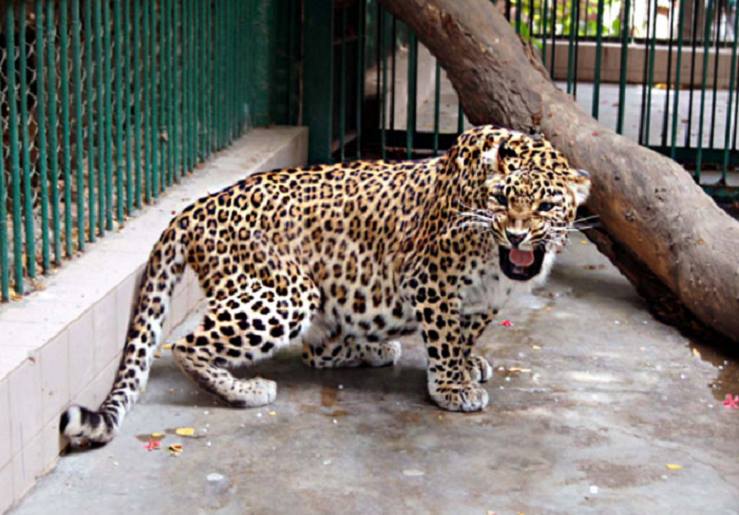 Maritime Museum is a naval museum with the area of 28 acres. It has a large auditorium and galleries. The museum, which was based and built on modern concept of education, has several ancient art galleries. The museum also displays a Minesweeper ship, Breguet Atlantic aircraft and a wooden barge that was given by the Her Majesty, Queen of England to Naval Chief Of Pakistan in the 60’s. It also displays a full class Submarine PNS Hangor (S131). The timings of the museum are 8:00 to 22:00 and the ticket cost 2-3$ (Rs. 150-250) depending on adult or children. 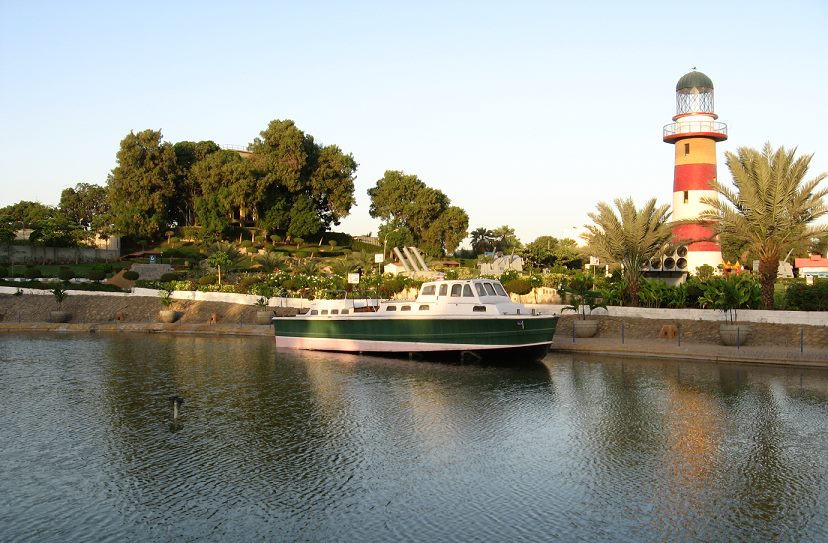 Masjid e Toobah also known as Tooba Mosque or Gol Masjid was built in Defense Housing Authority in 1969. And it is known as the largest single dome mosque in the world and the 18th largest mosque with the capacity of 5000 people in the hall. This mosque is beautiful and has eye catching infrastructure. It is made purely of white marble. The dome has a diameter of 70 meters and has no central pillars. The other main thing of the mosque is that the engineers kept acoustics in mind while building it, hence if a person speaks at one end of the dome, it can be heard from the other end. 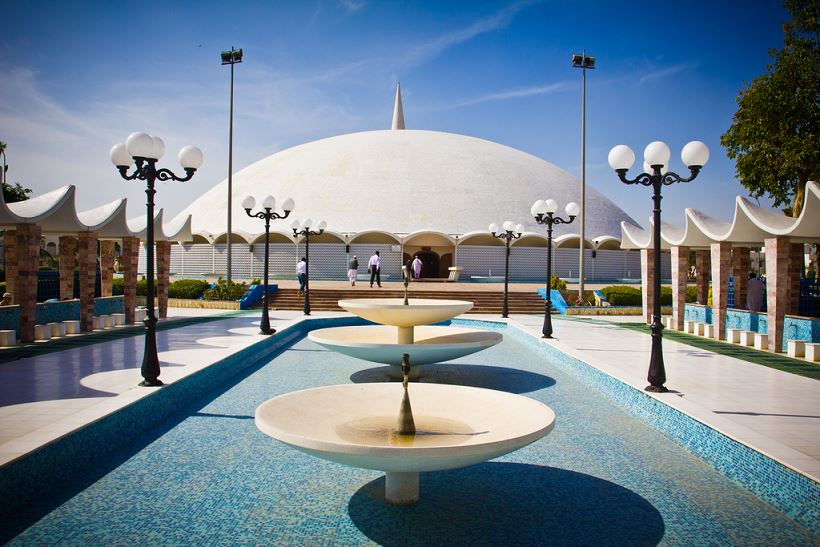 It is located in the main town of Karachi Gulshan e Iqbal. It is a public funded safari park covering the area of 0.60 kilometer sq. It has a zoo and you can take a ride on chairlift and view Karachi in an aerial view. The park also has 2 lakes. There is a privately funded amusement park with the collaboration of world renowned Czech Republic Base company. It consists of indoor rope climbing, golf section and paintball. 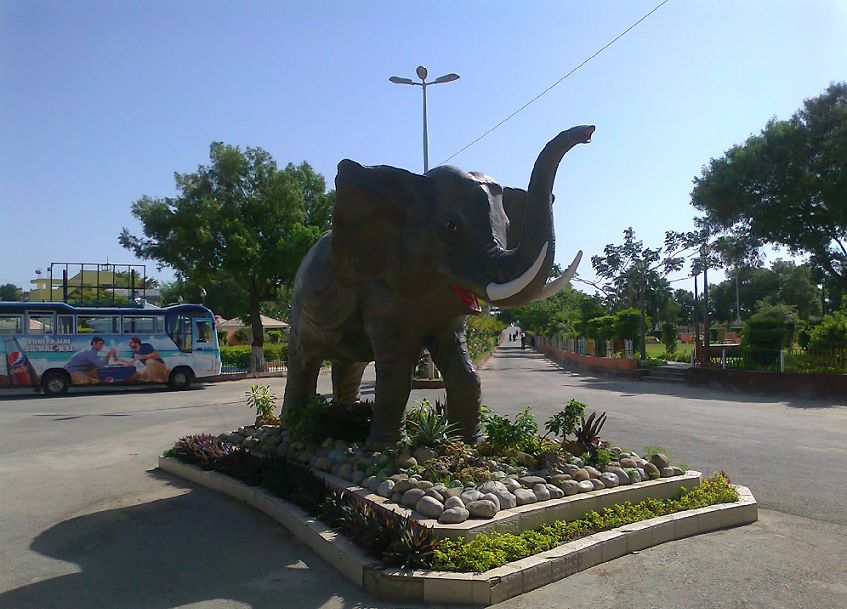 These are just some of Karachi’s acclaimed places, there’s many more!