​And Then - One Story That Depicts Countless Such Stories

He is on the phone, while an officer who works under him, stands beside his desk, holding few important documents, waiting for him to finish the talk; which seems to be quite important as well. He has this vivid smile on his face while he speaks in a confident tone; “Alright, as you say, I will, I will I promise. I need to go now, take care.”

And he ends the call, while his face still has that beautiful smile as a constant, he responds to his subordinate. Scans the files and signs where necessary, then gives essential orders about the ongoing program. His subordinate updates him about the current situations, and about the matters, he is responsible for addressing.

He listens and orders him to call an immediate meeting of the whole force at work. His phone rings again, he asks the subordinate to arrange a meeting right away and says that he’ll join them all on the spot, so his subordinate says roger to his command and leaves the office after saluting.

Now he attends the call again, it’s his sister this time; “Bhai, I hope you remember what date is today, you better come home before evening, Bhabi has put a lot of efforts with the arrangements, it’s her day, it’s your day!” He laughs wholeheartedly “keep calm dear, I know I know, you don’t worry, I’ll be home on time, I just need to check all duties of my department, this is important love, but I will be there, I promise.” And he ends the call after convincing his dearest sister and steps up towards the guarded vehicle. 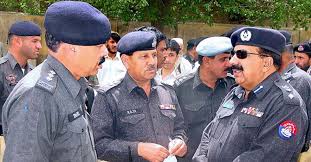 Now he heads towards the inspection area, where a mob is heated up, where hundreds of people have gathered for protesting against some change in the rules of the system by the system.

He reaches the site, stands at the meeting point, where hundreds of policemen stand in rows in front of him, all vigilant and high on devotion. He starts the briefing about the security protocols and a strict code of conduct, mentioning areas and names of officers to whom the areas are being designated. 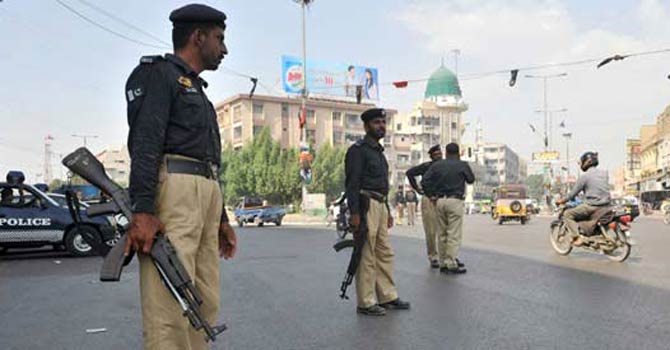 Valor waves around in that intense air; as  “Roger Sir!” echoes repeatedly. In the end, he returns the salutes with a salute, the respect and dedication are mutual. And then, the men start moving towards their duty points in masses, taking positions.

He stands tall, with his fellow officers, listening to the reports and remarking the arrangements. With people shouting in the background, the noise sublimes half way before reaching the ears of the peacetime soldier, now at war every second. Environment strives on strife, hope fills in the blanks as uncertainty horridly stares in the eyes seeking a normal life. He makes attempts on his part for fixing the distortion, takes a deep breath as his eyes absorb a glance of the wide blue sky, and he checks the wrist watch as his heart beats fast, would he be able to make it?

“Sir!!” He hears his name in a screaming tone in that very instant. As he immediately looks around for the direction he has been called from. AND THEN …

His wife waits for him to arrive soon, his family is excited for celebrating his first birthday after marriage. Their eyes on the door. His wife checks the time every second. His sister makes a call again; “it says the number is out of reach?!” His wife smiles; “he must be busy then.” His mother seconds that saying; “he’ll be here any minute, with some surprise I tell you, that’s how my son is.” His younger brother makes everyone laughs by sharing the story; “last year Bhai forgot his own birthday …”

While happiness was making the home in these lives, misfortune sneaks in uninvited, where he bravely breathes in aggravating pain, with blood wholly covering his identity; his uniform. His father receives a phone call, and he is informed about the terrorist attack, in which his son is gravely injured with several others on duty.

Smiles turn to sobs. Laughter fades in tears. And his promise gets lost in uncertainty.